There are many variations of poker being played out there, and each of these types has their own sub-gradient. So there are a lot of rules to study if you are really serious about the game. Unfortunately, we can't possibly cover all of these in this single article for lack of space, so we are going to contain our discussion to the most popular of all--Texas Hold'em poker.

Texas Hold'em or Holdem is a sub-genre of community card poker. It got its name from the way the game is played, which is to lay down five cards, known as community cards, after dealing two cards face down to each of the players. 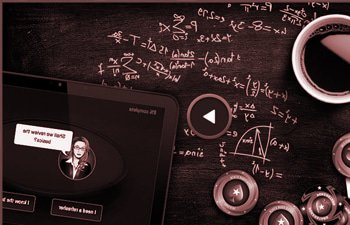 All the players will have to go through "three stages," where the dealer will deal a series of three cards (known in industry circle as The Flop), then another card (known as The Turn) and then the final card (known as The River).

Beginners might be wary of playing Hold'em, due to all the terminologies or rules, and particularly when there's already some money involved. But really, it's very easy to learn.

Before we go on any further however, we need to understand what types of card will deal you a winning hand:

There are several ways to win, of course, but the most basic is the following:

Royal Flush - When you have a sequence of Ace, King, Queen, Jack and 10 all with the same suit.

Straight Flush - When your hand follows a sequence also in the same suit (e.g. King, Queen, Jack, 10 and 9).

Four of a Kind -- When you have four cards with the denomination or value (e.g. Four Aces)

Flush - When your hand has the same suit, regardless of the value

Straight - When you possess a hand with a basic sequence, but not in the same suit.

Three of a Kind - Just like a full house, but with no pair

Pair - When you have a single pair, regardless of the number

High Card - The Ace should be the highest card you can hope for if you have no such luck to get the above cards.

If you are going to pray to the poker guards, you better pray for a Royal Flush because that's an unbeatable hand right there.

Now that we got the poker hand ranks out of the way, you should know that there are actually three variations of Hold'em--the Pot-limit, No-Limit and Limit Hold 'em. What you see being played on TV is a Limit Hold'em, and because this game is becoming more popular--whether playing on the House or online--we are going to try to learn the rules of Limit Hold'em.

There's a reason why Limit Hold'em is gaining popularity and that's because the No-Limit is geared towards those who have money to burn, and the courage to bluff their way to an advantage. Limit Hold'em is much more strategic.

You can only wager on the small bet if you are the first turn. The next in line could either call your bet, or raise it to $20. If another player will re-raise, the total bet could hit $30. During the next stages, or the Turn and River, the big bet would be the basis (in this case the $20). The next player could raise that to $40, and so on and so forth.

Of course, you can also go all in and which case, you bet all your chips on your hand. 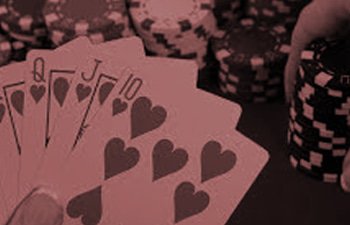 Different Houses have different rules on betting. Ordinarily, the cap (or the maximum number of bets allowed) stops at four or five. This means, you can either call or fold if the cap is reached.

When actually playing the game, there are five actions that you will perform. We've already discussed betting, so we move on to call, check, fold and raise.

You call when you match the bet made by another player, so you can move on to the next round or if you want to see the play unfold. A check is basically much the same concept, and the only difference is you don't match the bet. That means, however, that you are at the mercy of the next player who will either check or raise the bet.

When you fold,you drop out of the round. It's free, but you lose the chance to win the purse. You can raise to the maximum of your total chips, or go all-in.

Just like any story, the Limit Hold'em has the Beginning, Middle and End.

In the beginning, or the pre-flop stage, the dealer will deal two cards that are turned face down to each of the player (also called as hole cards). The first set of betting commences. The player seated to the left of the dealer will bet (the small hand or $10 in our example) followed by another player (the big hand or $20). The others can either check, call or fold.

After which, three community cards are laid face up on the table. This is called the Flop, which requires another round of betting. You can either bet, call, check and raise or go all in.

The fourth community card, or the Turn, is then revealed. Again, another round of betting starts. And finally, the last card or the River is revealed.

After the round of betting is finished following the River, we now enter the showdown phase. At this point, everybody has to show their hands. Winning player will depend on the hand (see Poker Hand Rankings above).

Who shows the hand first? Typically, the player who bets on the river does. However, any player can also show their cards first. If all the players checked, the player to the left of the dealer--or if that player already folded, then the man or woman next to him must open their hand. This continues around the table counting clockwise.

Player with the losing hand can either show the cards or just surrender by mucking their hand, which simply means throwing your cards on the deck of discarded cards.

So there you have it. That in a nutshell, is how Poker is played. If you are still not confident about your abilities, just continue to practice, practice and practice. The beauty of today's technology is you can also hone your skills using gaming apps that don't need actual money to play. .